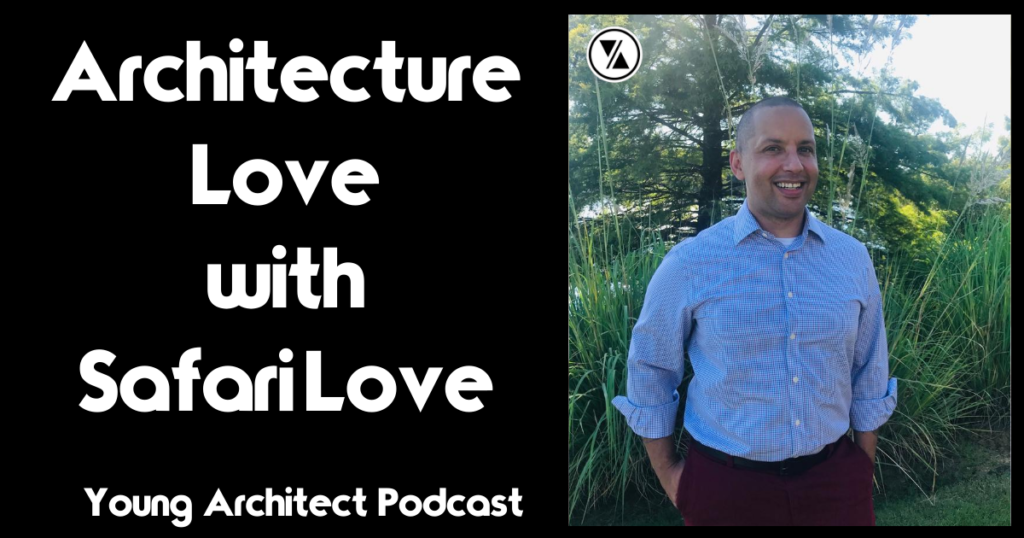 For Safari Love, becoming an architect wasn’t a lifelong dream. Although he enjoyed drawing and sketching, architecture wasn’t on his radar as a young child – he first wanted to be a singer.

Later, Safari explains, he saw how his father, who worked for the city of Memphis, had a reliable paycheck, a pension, and plans for retirement, and he imagined that his own career path would look something like that. Safari’s grandfather was an electrician and that interested him, so he started out working as an electrician’s apprentice. That went well until the recession in the early 2000s when Safari was laid off and forced to pivot.

Safari’s next move was to begin working for the city of Memphis, with some help from his father. He filled several roles during his time working for the city. He worked in vehicle inspection, residential code enforcement, and as a mechanic for the police department. However, he was beginning to get interested in the idea of becoming his own boss.

In today’s interview, Safari explains how he began to get interested in architecture, what he thought about the lifestyle of an architecture student, and what eventually prompted him to begin going to school for architecture. He also talks about his work with the deaf community, what kind of work he’s doing now, and how he found the Young Architect community.

“You don’t want to lose sight of the why. Because I’m aspiring. I’m trying to get there. That’s my goal, so it’s like, I have to remember the why. And that’s going to help me when I’m having hard times. When I’m having difficulties.”

“Probably that there’s no need to be afraid of the possibility of failure.” –Safari Love on what he knows today that he didn’t know back then

“I read this book periodically. And it’s simple. Such a simple book. It’s entitled Who Moved My Cheese, by Spencer Johnson.” – Safari Love on the book that changed everything

“Probably search engines, man. I love Google.” Safari Love on the resource he can’t live without.

“Don’t procrastinate! Just don’t do it.” Safari Love on his best timesaving trick.