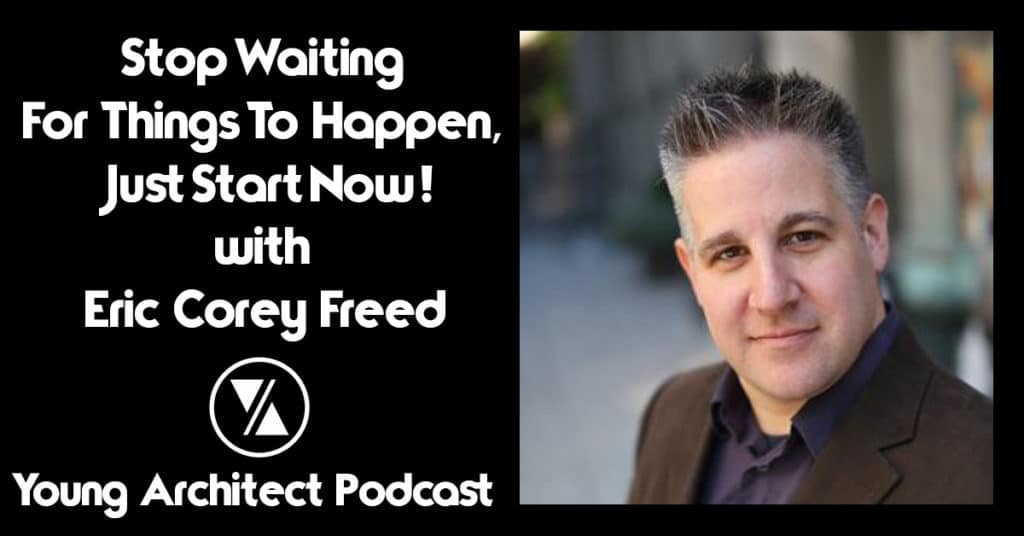 On today’s episode of the Young Architect Podcast, Michael spoke with his friend Eric Corey Freed, about the importance of sustainable architecture and taking the reins to make the most out of your career.

You can also listen to this podcast on YouTube by clicking here!

Since the very young age of 8 years old, Eric always knew that he wanted to be an architect. But it wasn’t until he saw one of Frank Lloyd Wright’s accomplishments, the Beth Sholom Synagogue in Philadelphia, that he understood that architecture can be more than concrete buildings. Architecture could be something beautiful and astonishing.

With that passion, Eric began studying architecture and reaching out to Frank Lloyd Wright’s apprentices. By the time he was attending classes at Temple University, he already had a vision for the architecture he wanted to create.

Eric’s career has taken him all over the USA. From New York City to New Mexico and the western coast. After working closely with several mentors, he knew that boring corporate architecture work was not for him. Early on in his career, not only did he expand his interests in different forms of architecture by working on new designs in several cities, but he also began to give lectures and write books.

Success didn’t happen overnight, but Eric found a way to make it all happen. He marketed new design ideas to clients that were not part of his portfolio. He searched for new projects in different states and cities. He began writing books when he wasn’t working on projects. He began to teach voluntarily and soon people were paying him to present to large groups of people.

You’re the one responsible for making your career happen. If you want that raise, prove to your boss that you’re worthy of it. Don’t wait for them to offer it to you. Ask for it, but do so knowing that you’re the one taking charge of it.

Just start now. If you want to give lectures, you might be terrible at them in the beginning. That’s the way it works, but then you get better at it over time.

“By the time I was 10, I had visited my first Frank Lloyd Wright building. It was the Beth Sholom Synagogue in Philadelphia. When I saw it, I was just blown away because everything else around me was boring. I suddenly realized that architecture could be beautiful, meaningful, weird, different, geometric, and futuristic.” – Eric Corey Freed on how Frank Lloyd Wright and his apprentices became role models to him.

“As an architect, you’re not judged by what you can do, but by what you have done in your field. What you put out there is what people are going to expect from you. They’re going to expect more of the same.” – Eric Corey Freed on how it can be difficult to try to present new ideas to clients that are not part of your portfolio.

“We’re all measured by the impact that we can create. We only have a certain number of pebbles that we can throw out into the water. We want to be careful of where we throw those pebbles and we want to create as many ripples as possible.” – Eric Corey Freed on how we can make an impact in the world through architecture.

“If you take the part of Frank Lloyd Wright’s philosophy, but also really get people excited about the future and not shine away from marketing, you can create a path for yourself.” – Eric Corey Freed

“I’ve learned to not worry when the next project will come up. If you’re out there and doing your part by creating an impact and making a buzz, work will just keep coming.” – Eric Corey Freed on what to do when a project ends and you’re waiting for the next one.

“It’s not that I’m a hardcore environmentalist or a hippie, even though I think people expect me to be like that. It’s that for me, I want to build the best building that I can build. It’s illogical to build a building that wastes energy, water, or resources and requires lots of maintenance. It just doesn’t make any sense.” – Eric Corey Freed on why sustainable architecture is so important for building the best environmentally friendly buildings.

“When you’re sitting there with clients and you’re discussing their kitchen, how can you knowingly present them with cancer causing finishes knowing that it has formaldehyde in it? How could anyone with even a good conscience offer something like this to their clients? Why, because it’s cheap?” – Eric Corey Freed on the importance of having a good conscience about using environmentally friendly materials to create sustainable buildings.

“Students are waiting until they know enough about sustainability to start using it in their work. But I always tell them, ‘Just do it now.’ You’re never going to be able to learn everything because sustainability changes too much. I’m working with materials today that didn’t even exist 5 years ago.’ Don’t keep waiting. Start asking questions about sustainability and open a discussion about it.” – Eric Corey Freed on how architecture students can start learning and using sustainable architecture practices today.

“The future of architecture is a new model of practice that’s highly collaborative and multidisciplinary. I don’t think that we’re going to be ‘just architects’ anymore. I think we’re going to have to evolve.” – Eric Corey Freed

If you enjoyed this podcast, you should also check out: 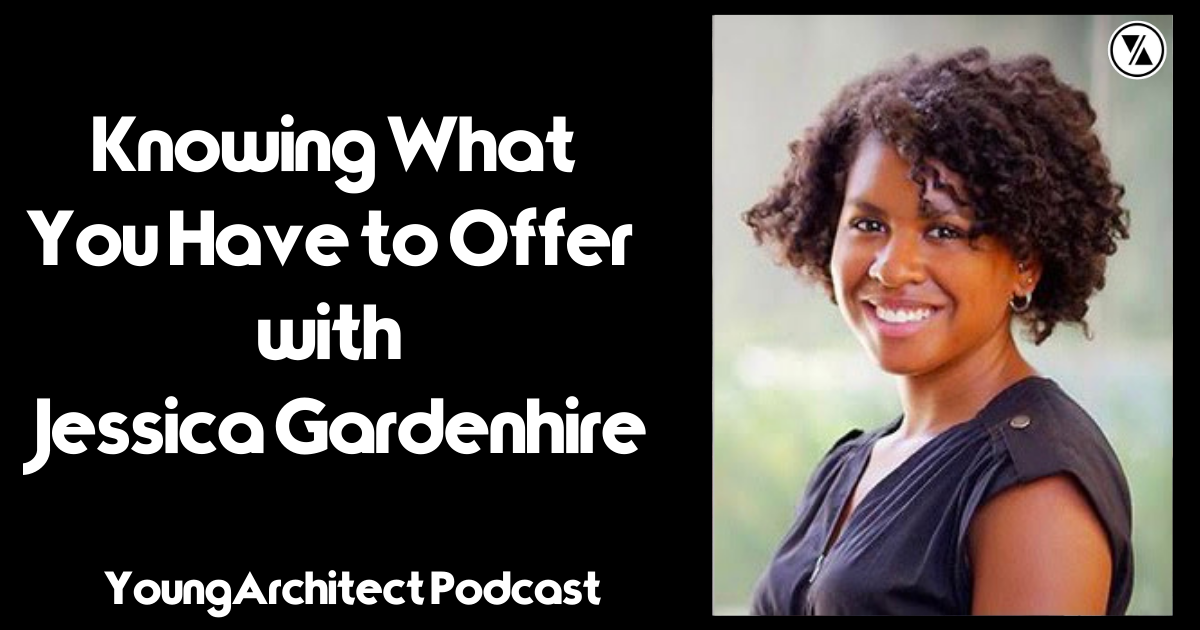 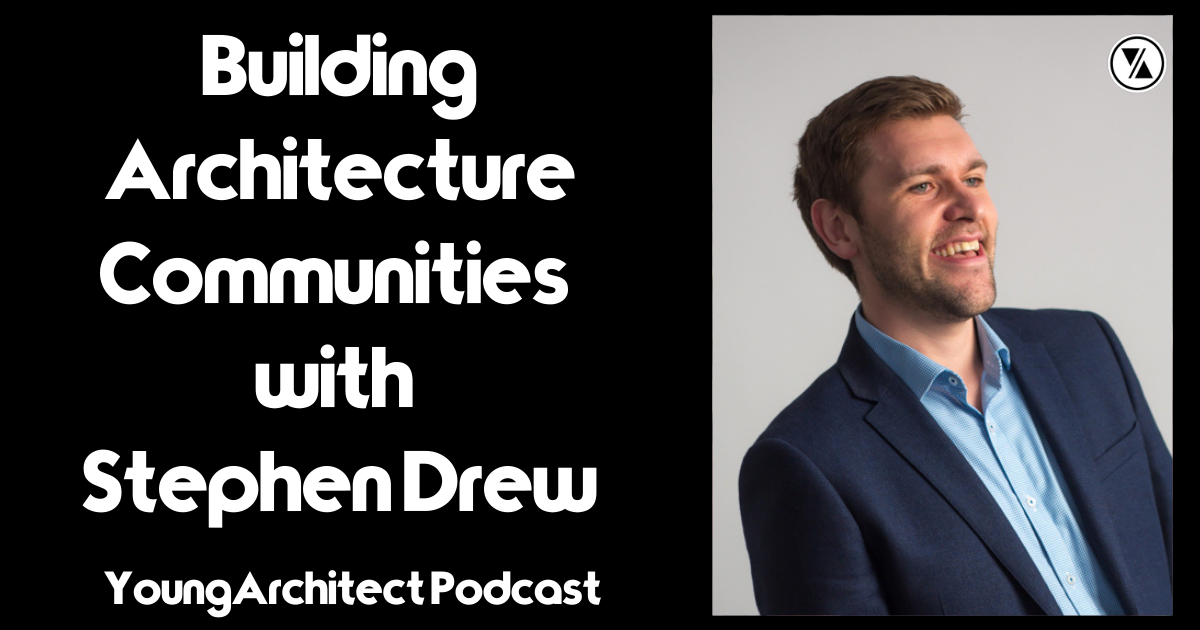 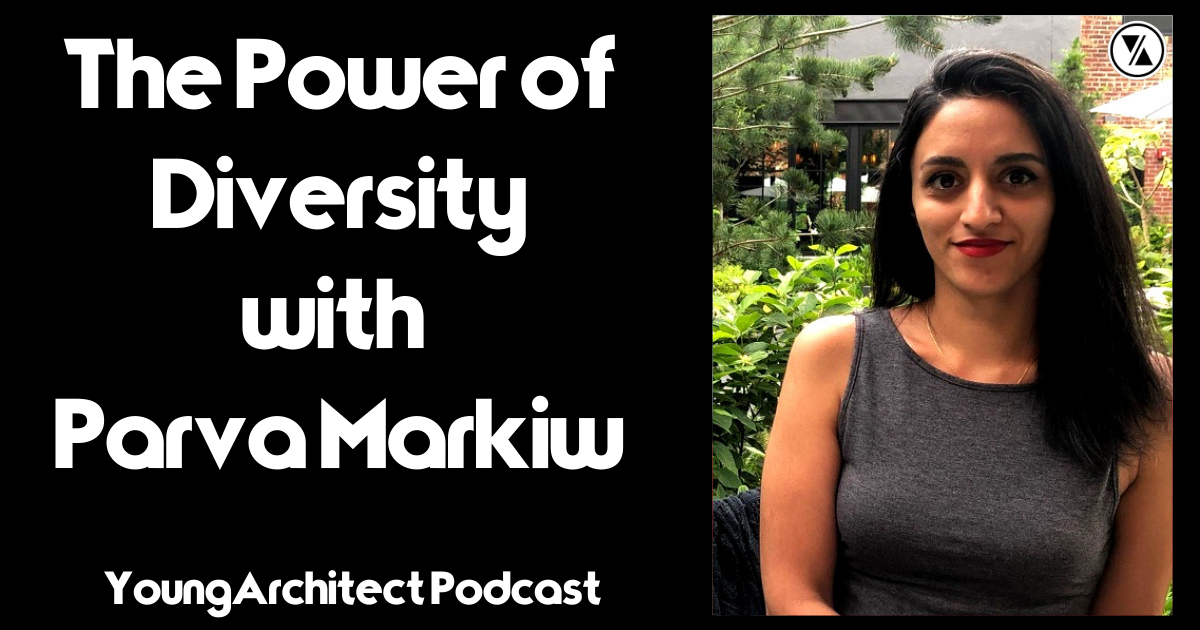 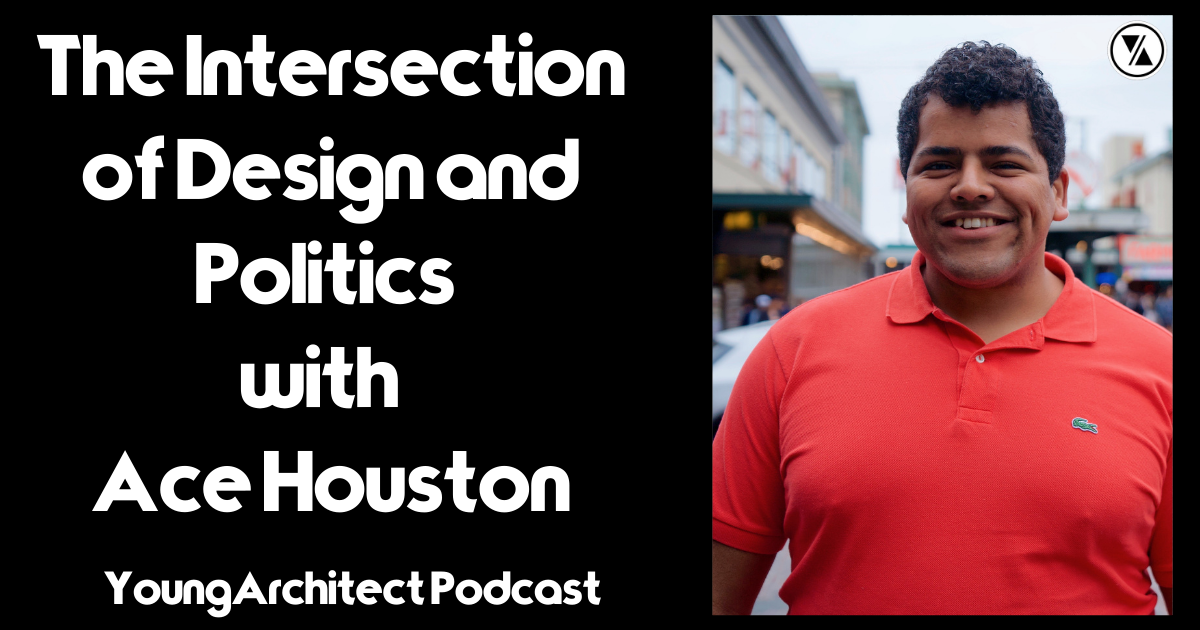