Following Your Own Path to Success with Ruben Ramales 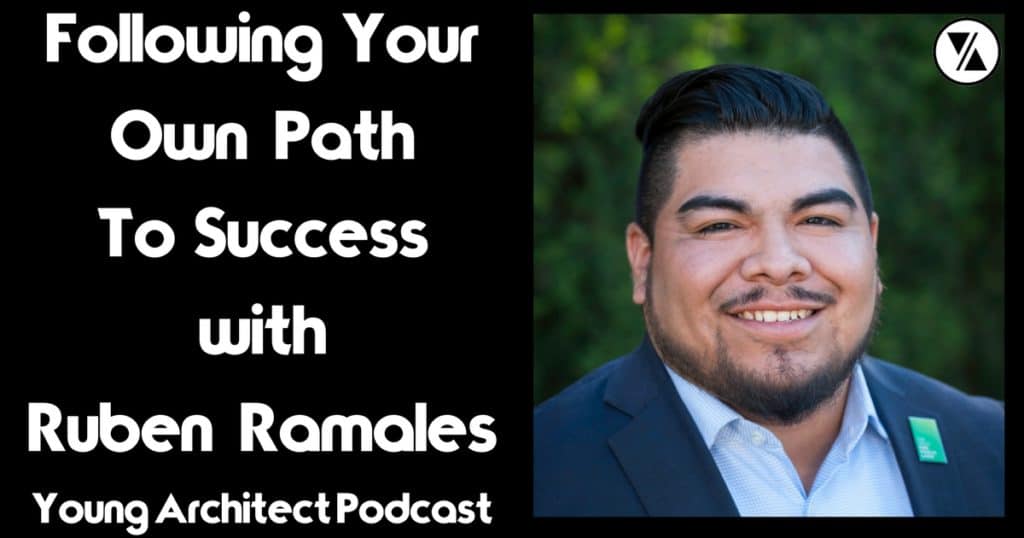 In this episode of the Young Architect Podcast, Michael spoke to his good friend, Ruben Ramales, about his involvement in various organizations such as AIA Queens and Emerging New York Architects (ENYA). In this episode, you’ll learn about Ruben’s incredible transformation as he shares stories about the obstacles he has overcome in high school, university, and beyond. Plus, you will find out how Ruben has taken his love for architecture and has done more with it be helping increase community engagement in New York City. 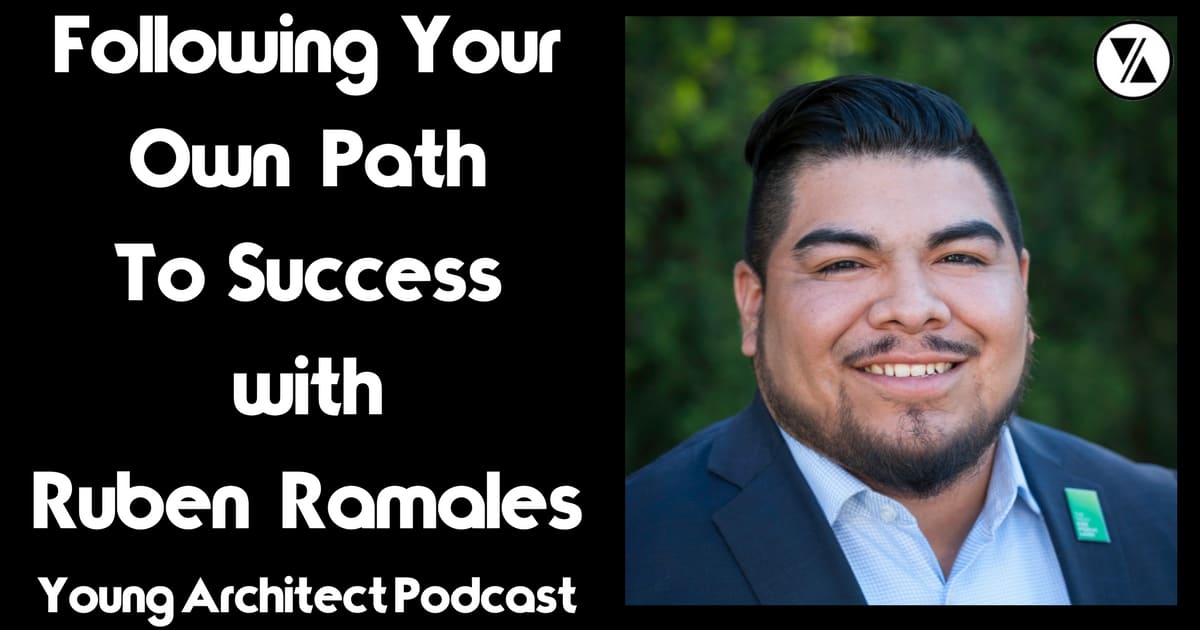 Ruben’s first introduction to architecture happened in a high school class that used AutoCAD software. However, he also had interest in cooking and considered attending a culinary school one day. But before he was going to find out which direction he wanted his life to go in, he had to make some other important life changes first.

Realizing that he wasn’t in the right crowd at his high school, Ruben joined the volunteer organization, Teens at Service, to become more involved in various activities and meet new people. It was during that time that he realized that he really loved helping other people and making a difference in his community.

Even though he was accepted to both the culinary school and the School of Architecture & Design at the New York Institute of Technology, he decided to pursue architecture on a scholarship. Eventually, his path would lead him to becoming heavily involved with organizations such as AIA Queens and ENYA.

Today, he is still heavily involved with AIA Queens as the Managing Director – Consultant and also works for The Trust for Public Land as Program Assistant – Outreach Coordinator.

1. There are many different career paths that one can pursue with architecture; you don’t only have to do design if you want a career in this industry. Try out different roles and find something that suits both your interests and strengths.

“The first step is always the hardest, but you have to take a chance and just get out of your comfort zone. I know it seems very cliché to say that, but after you realize that it’s sort of the first step, everything else just kind of falls into place. By doing that, the first half is done by that point and you start to realize that there’s a rhythm to doing things in life. So, the more you get out there to create an opportunity to chat with someone, the more knowledgeable you become about human interaction in any setting.You start learning about personalities and different facial expressions as well as the emotions and mannerisms.

You really start to fully understand the experiences of others. I think being observant of the everyday sort of subtle nuances can start to help you decipher certain situations in the future; especially the ones that require you to reach out to someone.”

“My last two years at NYIT really helped to just reinforce that I really like helping people and maybe the technical aspect of architecture such as drawings wasn’t my strongest strength. Working in a firm made me feel burned out, but my involvement in AIA made me hopeful that I could find something better suited for myself.” – Ruben Ramales on how he discovered what he was really passionate about in life.

“I began to think that maybe design wasn’t my biggest strength and also that maybe architecture school had made me a little too confident; almost cocky even. That type of attitude was translating into the interviews so it was difficult for me to find a job. I began to feel a little bit depressed about it and dealing with feelings of anger. So, I began to teach myself how to meditate and that helped me improve my mental clarity and focus.” – Ruben Ramales on using meditation as a way to heal from feelings of frustration.

“It’s always good to stay positive minded and especially in my line of work, it just helps you to be politically correct. So, in that sense, being emotional never helps out in any situation; not in the sense where the people can feel that you’re angry. People will feed off of energy and that’s the key thing. When you bring that kind of negative energy of anger or frustration around someone, they’re going to react and respond similarly.” – Ruben Ramales on the importance of positive thinking, energy, and emotions.