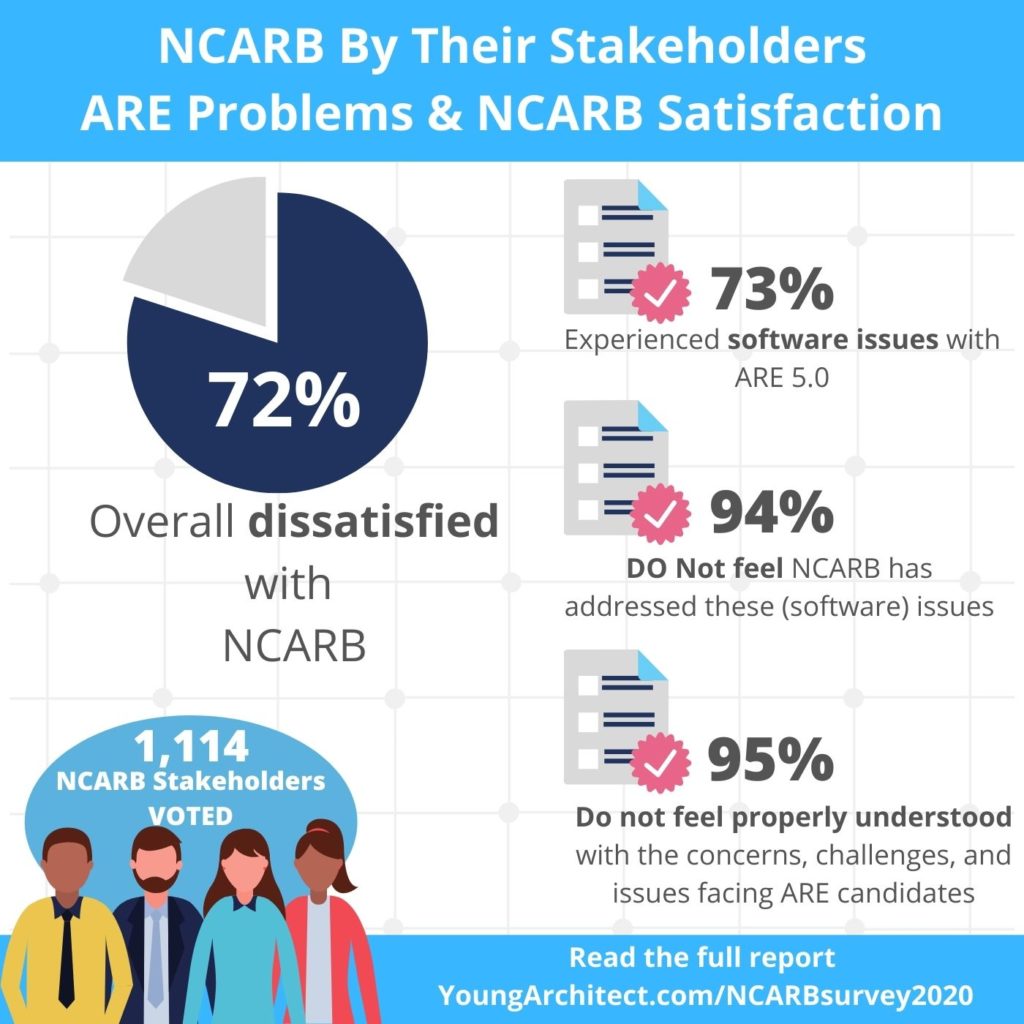 The Survey – A Snapshot in Time

With the ARE 5.1 timeline moving very quickly, myself and a small group of concerned ARE Candidates felt it was important to capture a snapshot in time, by surveying ARE Candidates and NCARB’s Stakeholders in early October 2020.

1. How bad the ARE 5.0 software problems really are. Before all the new technology changes get implemented.

2. How do people generally feel about their relationship with NCARB? This year and in general.

3. What are their opinions on many of the new changes?

I want to make it clear that no one who worked on this survey believes that NCARB should be eliminated or abolished. It’s safe to say, we all believe in NCARB’s Mission and Values, we also believe working with NCARB shouldn’t be so adversarial. Which is why the survey was created.

Below I share the questions and answers, with a short explanation about why each question was asked. Thank you to everyone who completed, shared and participated in this survey. 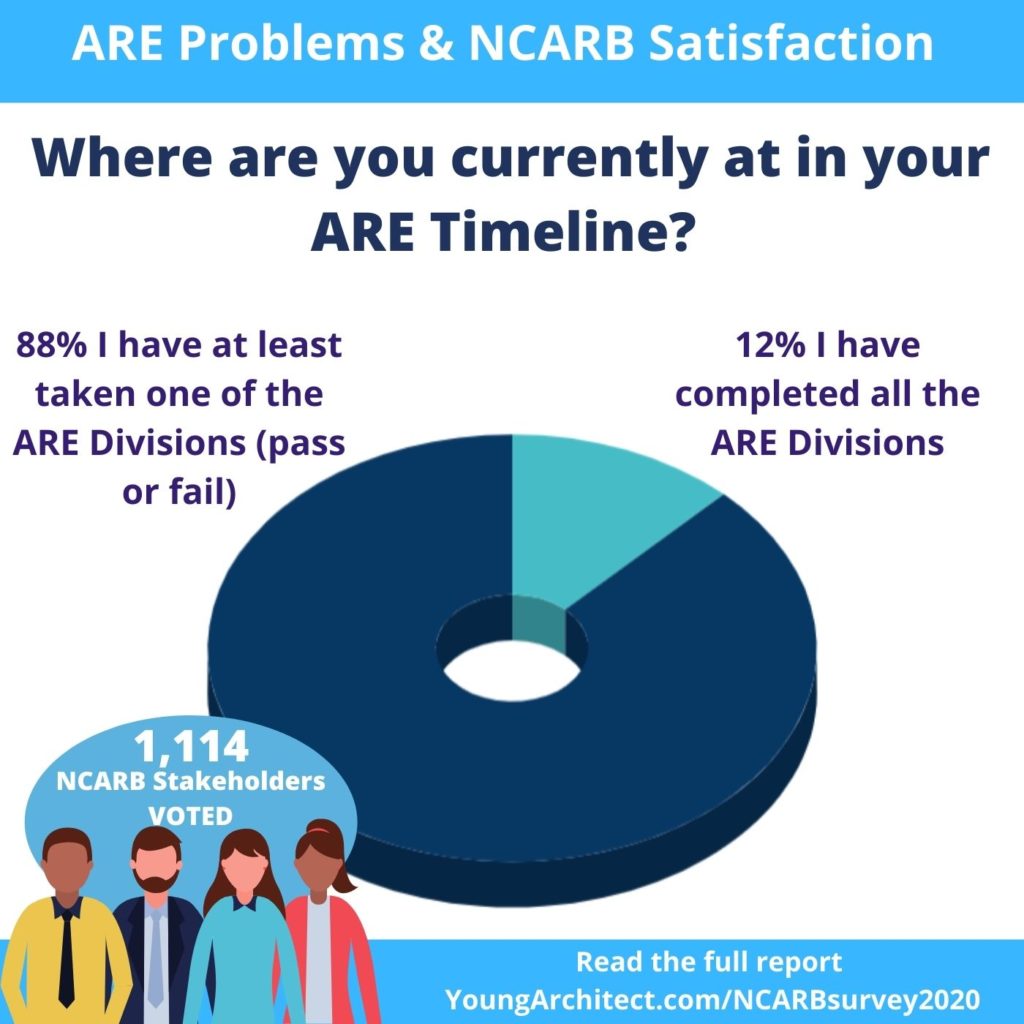 Where are you currently at in your ARE Timeline?

We wanted people who have at least taken 1 exam (pass or fail) or completed the ARE to fill out this survey. We requested anyone who has not taken any exams, to not complete this survey. 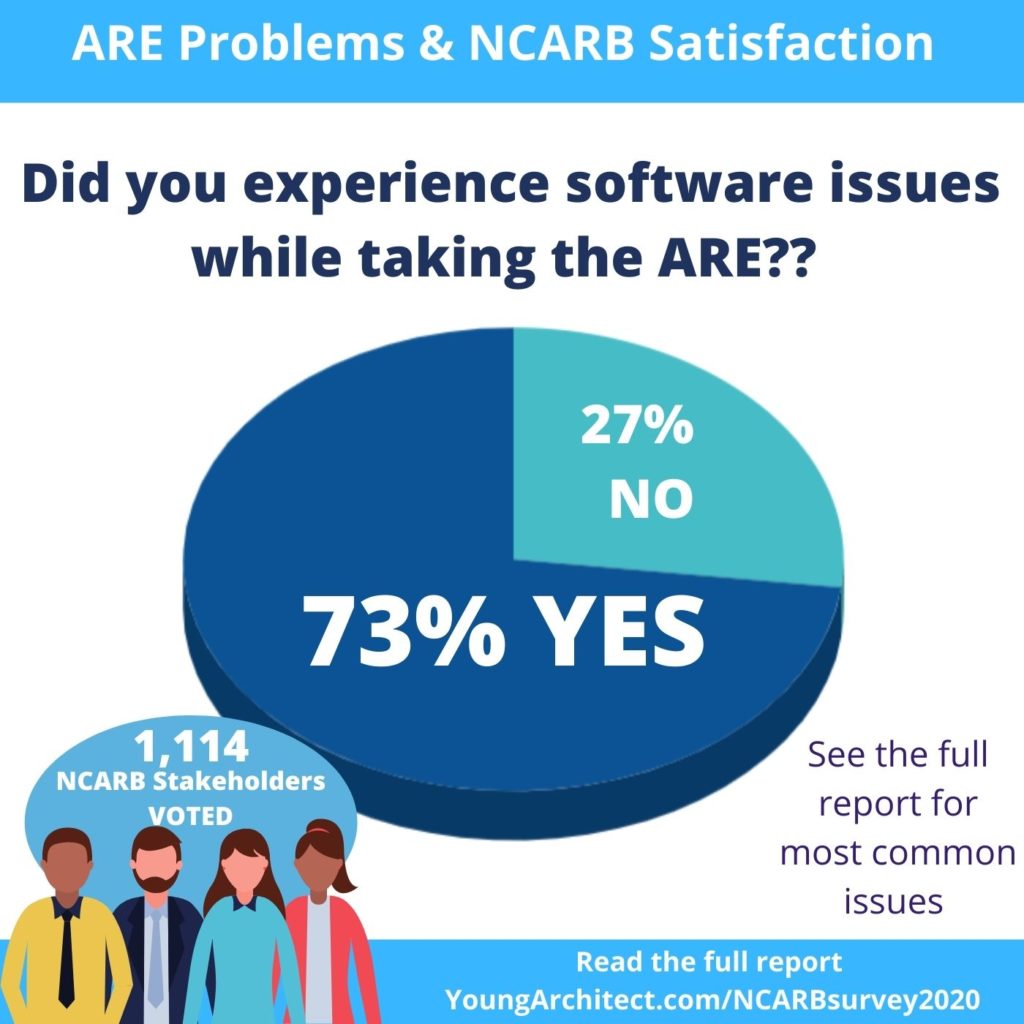 Did you experience software issues while taking the ARE?

We knew the ARE 5.0 software problems inside the testing center was high, however this percentage is much higher than what we predicted it would be. 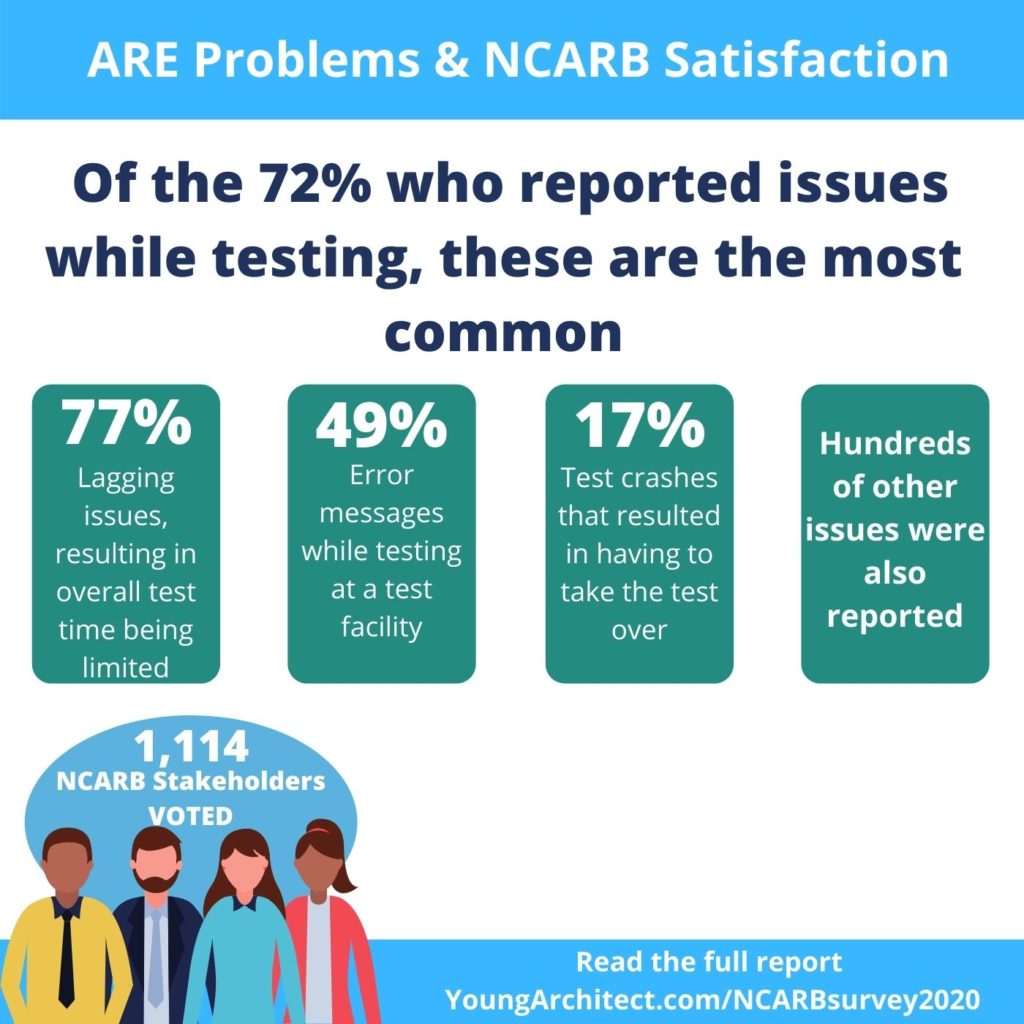 While taking the ARE, have you experienced any of the following?

The people who reported software issues, were allowed to choose multiple options

We listed the most commonly reported issues we kept hearing in the Community and gave the option of Other for everything that wasn’t covered. 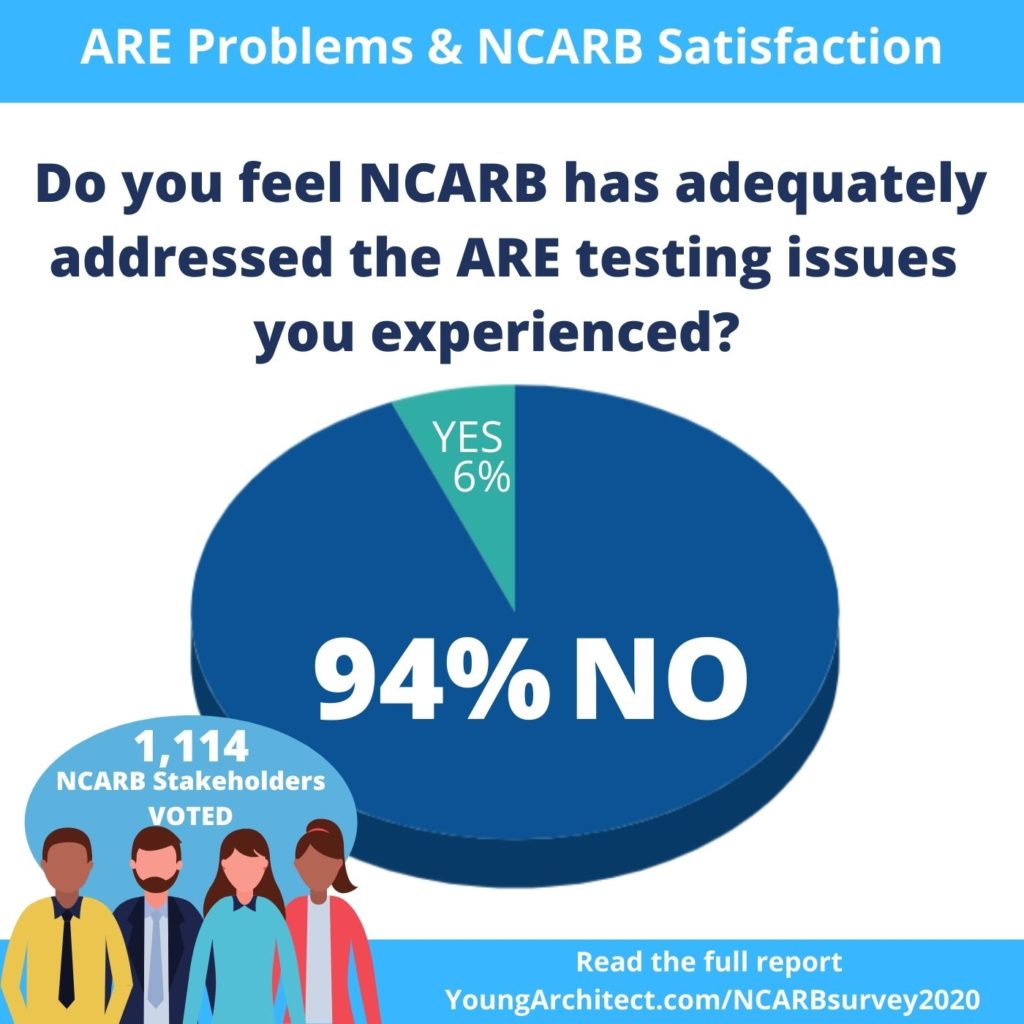 Do you feel NCARB has adequately addressed the ARE testing issues you experienced?

People who did not report testing issues were not included in these percentages.

It’s been 4 years of reporting the same problems over and over again to NCARB. They claimed to have fixed many of these problems or they have repeatedly blamed Prometric.

Prometric’s Testing Proctors have repeatedly told ARE Candidates that they experience more problems with NCARB’s testing software, then any other exam Prometric administers. 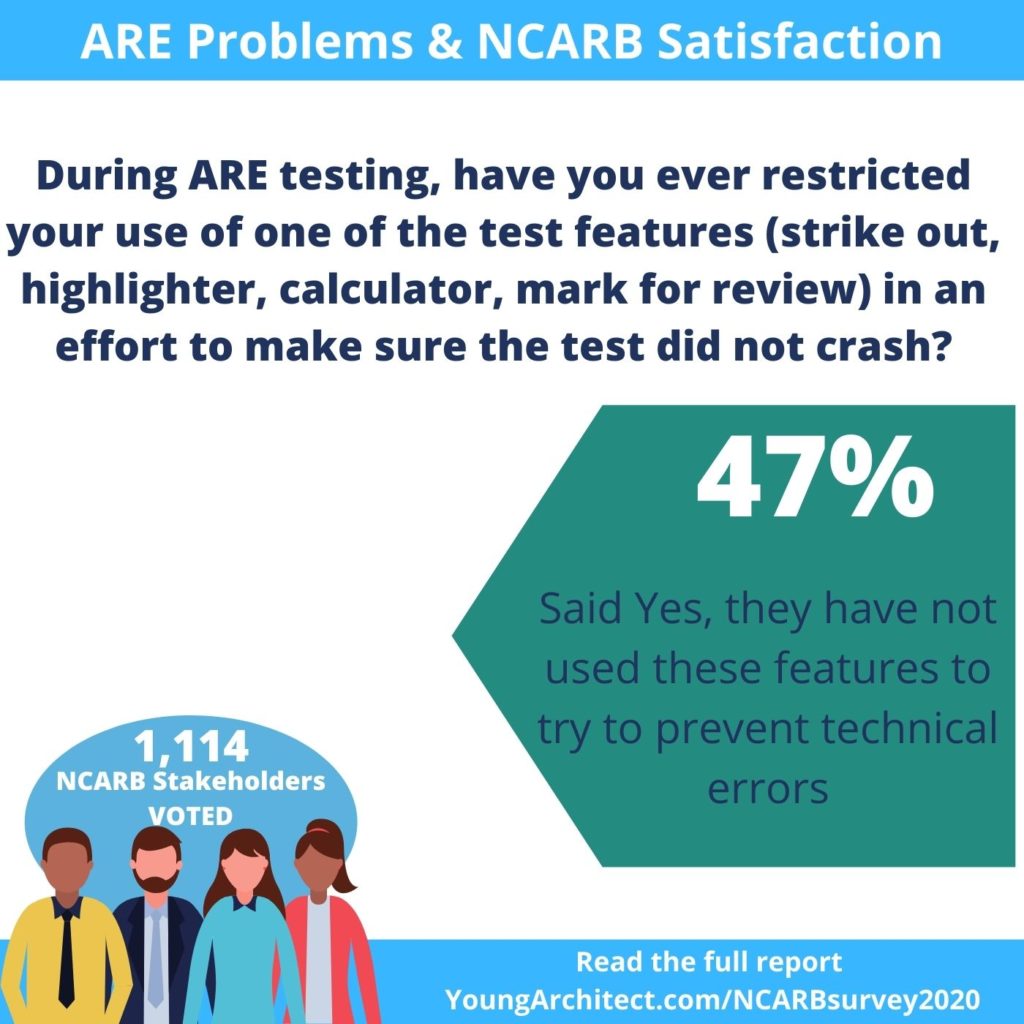 During ARE testing, have you ever restricted your use of one of the test features (strike out, highlighter, calculator, mark for review) in an effort to make sure the test did not crash?

Many have reported the software issues are linked to the features that facilitate testing within The ARE’s testing software. People try to highlight a piece of the question or strike out the wrong answer, use the calculator, or mark a question for review and it causes the computer to crash.

Candidates commonly used the scratch paper to write down the question numbers they wanted to come back to because, if the computer crashes they will lose all the marked answers. In ARE 5.1 NCARB has doubled down with creating more features to facilitate testing by replacing scratch paper with “a digital white board software”, invented by NCARB. 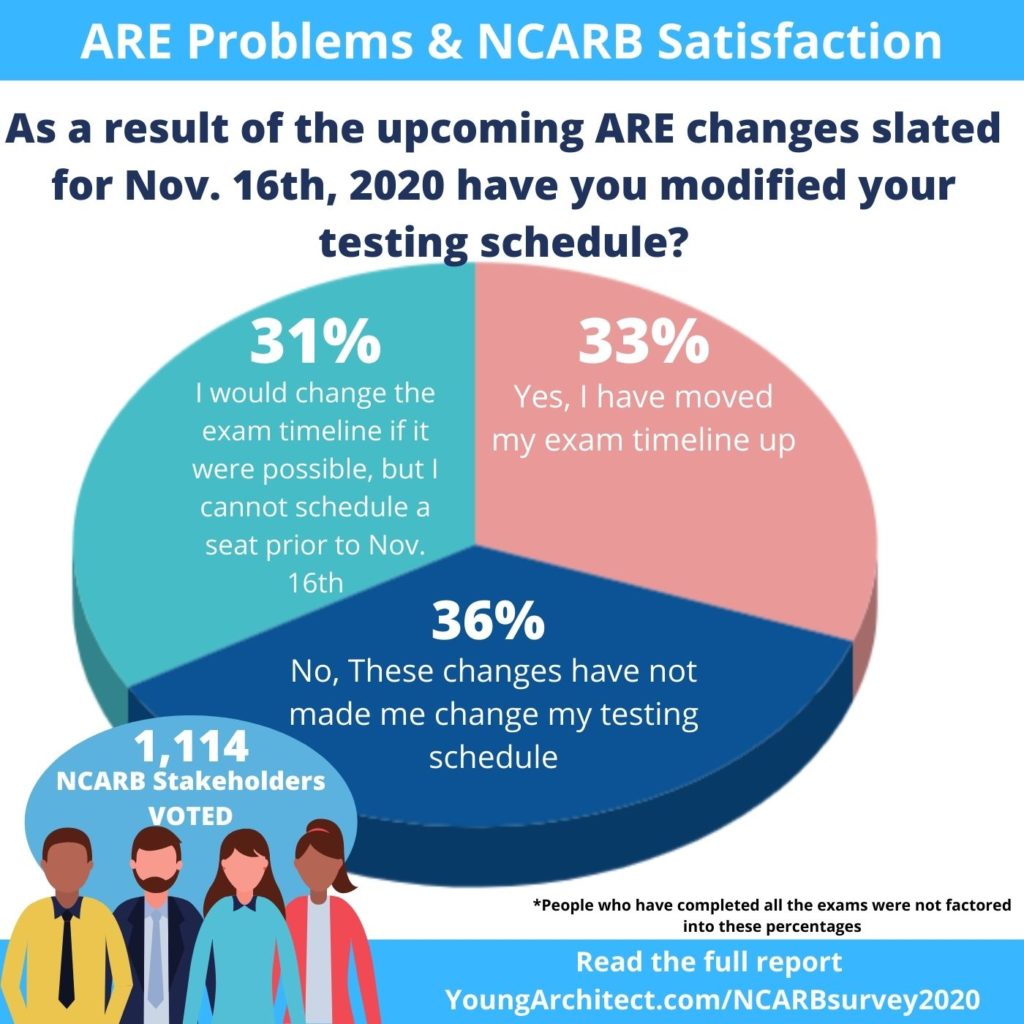 As a result of the upcoming ARE changes slated for Nov. 16th, 2020 have you modified your testing schedule?

From previous bad experiences with NCARB and their software, many Candidates want to test before the new ARE 5.1 takes effect. Unfortunately NCARB has decided to push such a rapid rollout, leaving most Candidates little time to adjust their testing strategy and schedule exams.

There are many people who had already scheduled exams in late November, before these changes were announced. They will now be impacted by policy changes that did not exist before they paid and scheduled those exams. 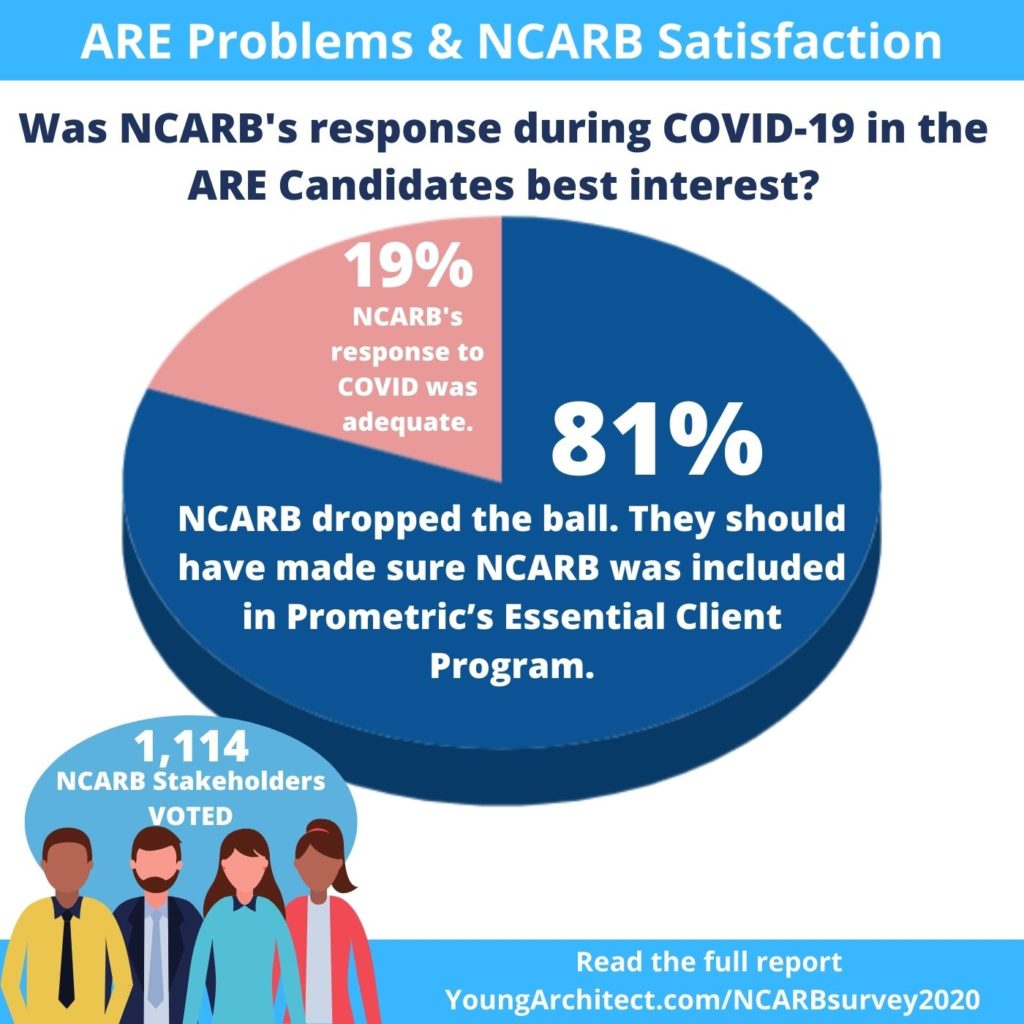 Was NCARB's response during COVID-19 in the ARE Candidates best interest?

At the beginning of the COVID shutdown there was tons of miscommunication between what NCARB and Prometric both telling Candidates conflicting stories.

When testing was finally restarted, NCARB failed to work with Prometric to be added to their “Prometric Essential Client Program”, resulting in all ARE Candidates losing their test dates to other professions, who did join Prometric’s program.

I personally made a video explaining this situation as it was happening. NCARB FAILS at Handling COVID-19 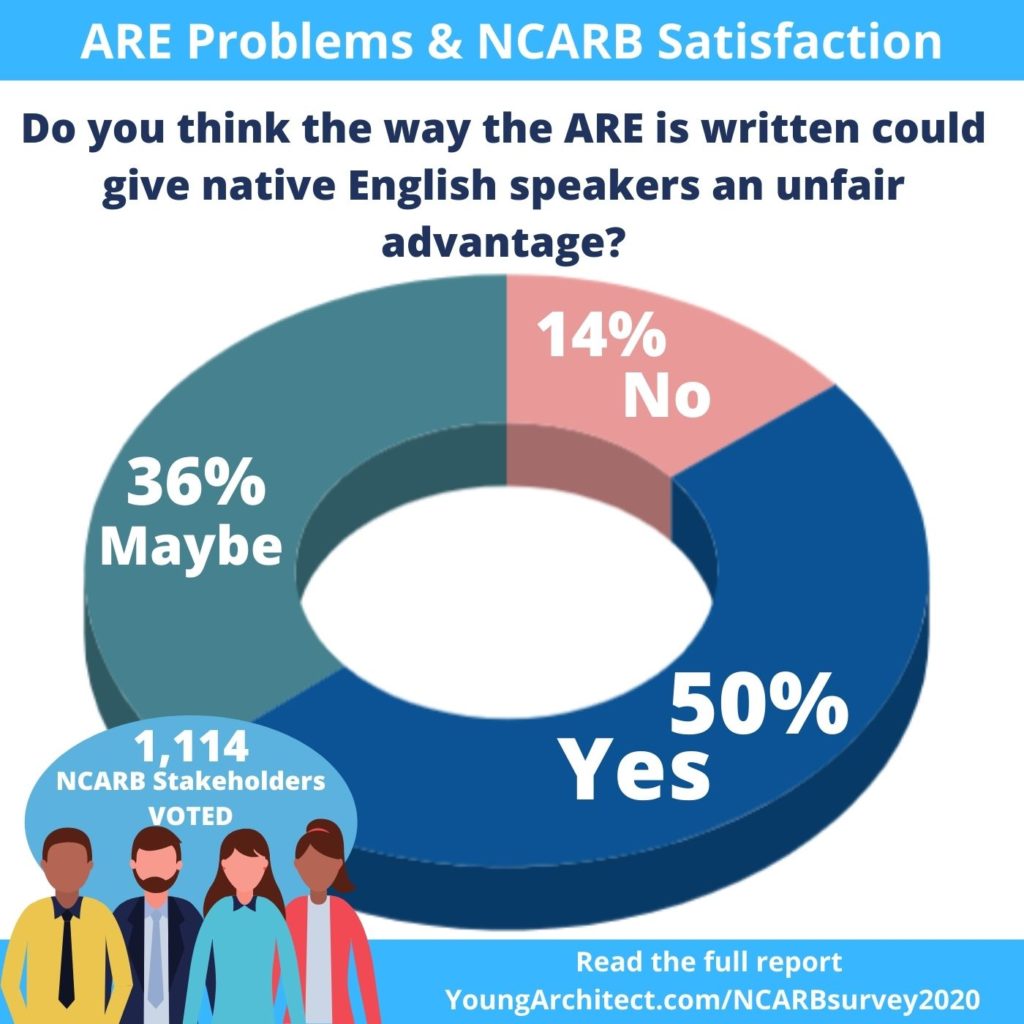 Do you think the way the ARE is written could give native English speakers an unfair advantage?

The English as a Second Language community is starting to get more vocal in speaking out about systemic barriers with ARE testing and how poorly written many of the ARE exam questions can be.  Many native english speakers have struggled to understand what NCARB is asking for on the exam.

Many feel that the ESL Community has not been properly acknowledged in a conversation about systemic barriers within architecture licensing. 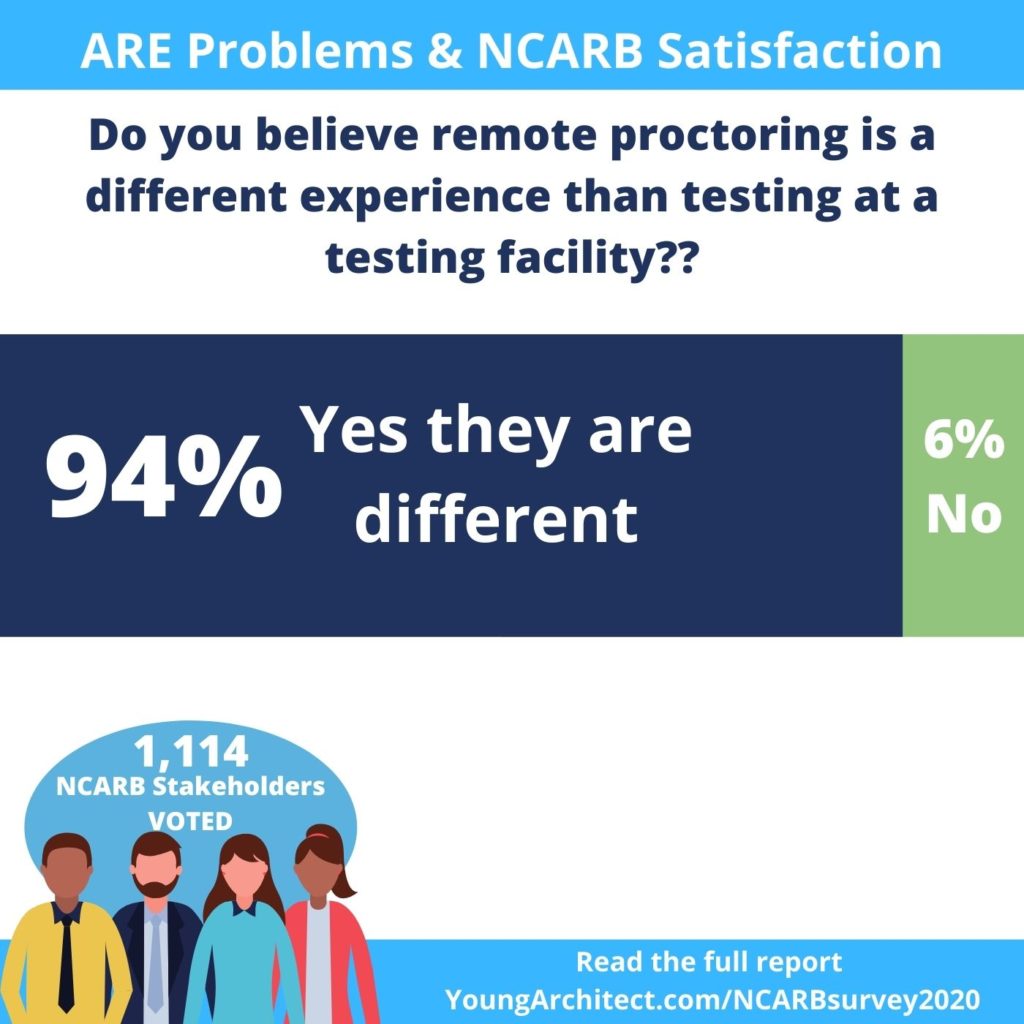 Do you believe remote proctoring is a different experience than testing at a testing facility?

When NCARB announced the removal of the scratch paper, their justification was that testing with remote proctoring and at a testing center needed to be “the same experience”.

A Remote Proctor would have no ability to take away scratch paper at the end of the exam, so they eliminated it.

If remote proctored exams could not use scratch paper, neither can anyone inside a testing center.

The argument immediately erupted that testing with “remote proctoring” or “inside a testing center” is a fundamentally different experience. They are each subject to a very different set of rules to take each test.

Many people have asked, Why is NCARB eliminating scratch paper from the people who are NOT using the remote proctoring? 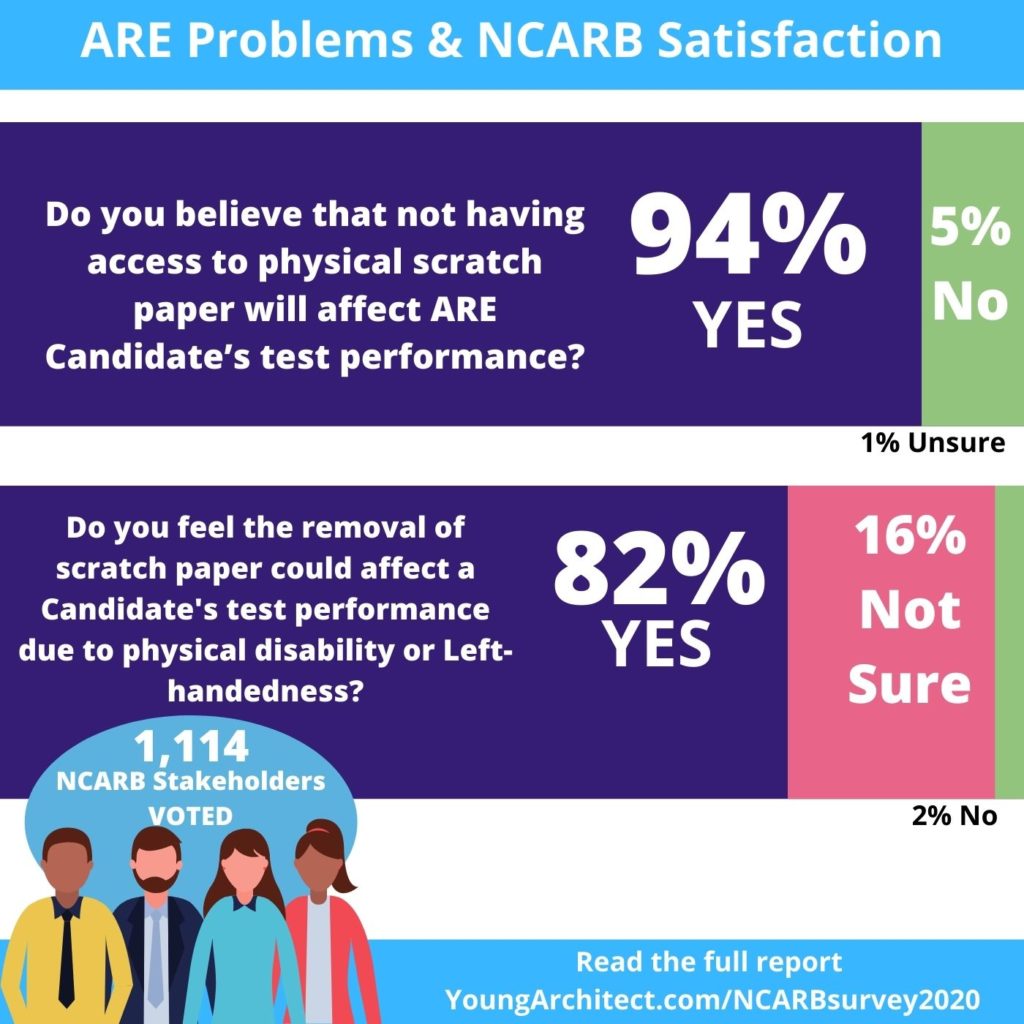 Do you believe that not having access to physical scratch paper will affect ARE Candidate’s test performance?

The community exploded when NCARB announced scratch paper will be removed and replaced with a new “digital white board” software that is now being developed by NCARB.

ARE Candidates claim they have been trained to solve problems by writing on a piece of paper. Many people use the scratch paper to circumnavigate the software problems with the calculator or the mark for review function.

This controversial announcement was made weeks before the development of the digital white board software would be complete. Leaving NCARB with an inability to properly explain, or model how it works and giving people little time to learn how to use it.

Do you feel the removal of scratch paper could affect a Candidate's test performance due to physical disability or Left-handedness?

ARE testing with Prometric’s tools are already designed for right handed people with the inability to configure the mouse and keyboard for Left handed Candidates. Lefty’s are already struggling and currently working with right handed tools to take the ARE.

Sketching during the exam, with a mouse on a “digital white board” for a Lefty will be significantly more difficult, than just using the mouse to click the correct answer. 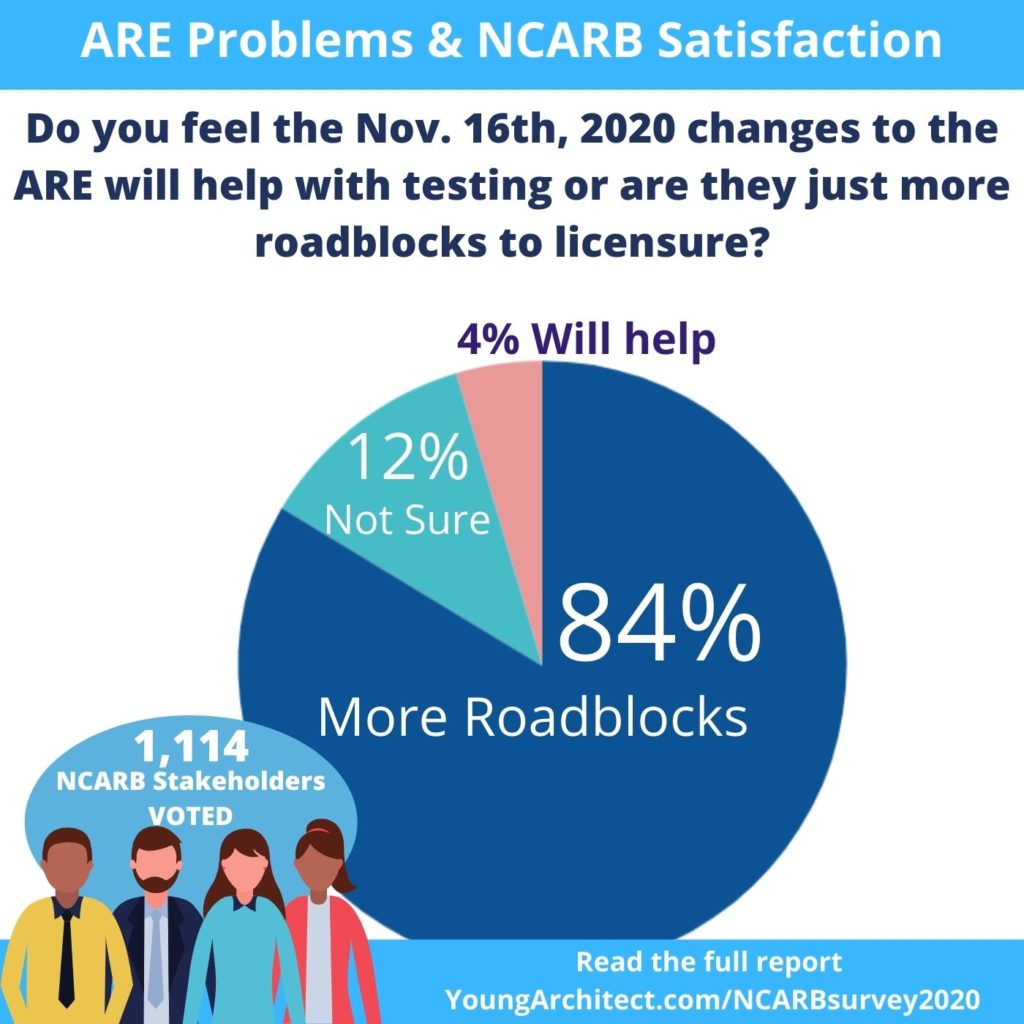 Do you feel the Nov. 16th, 2020 changes to the ARE will help with testing or are they just more roadblocks to licensure? 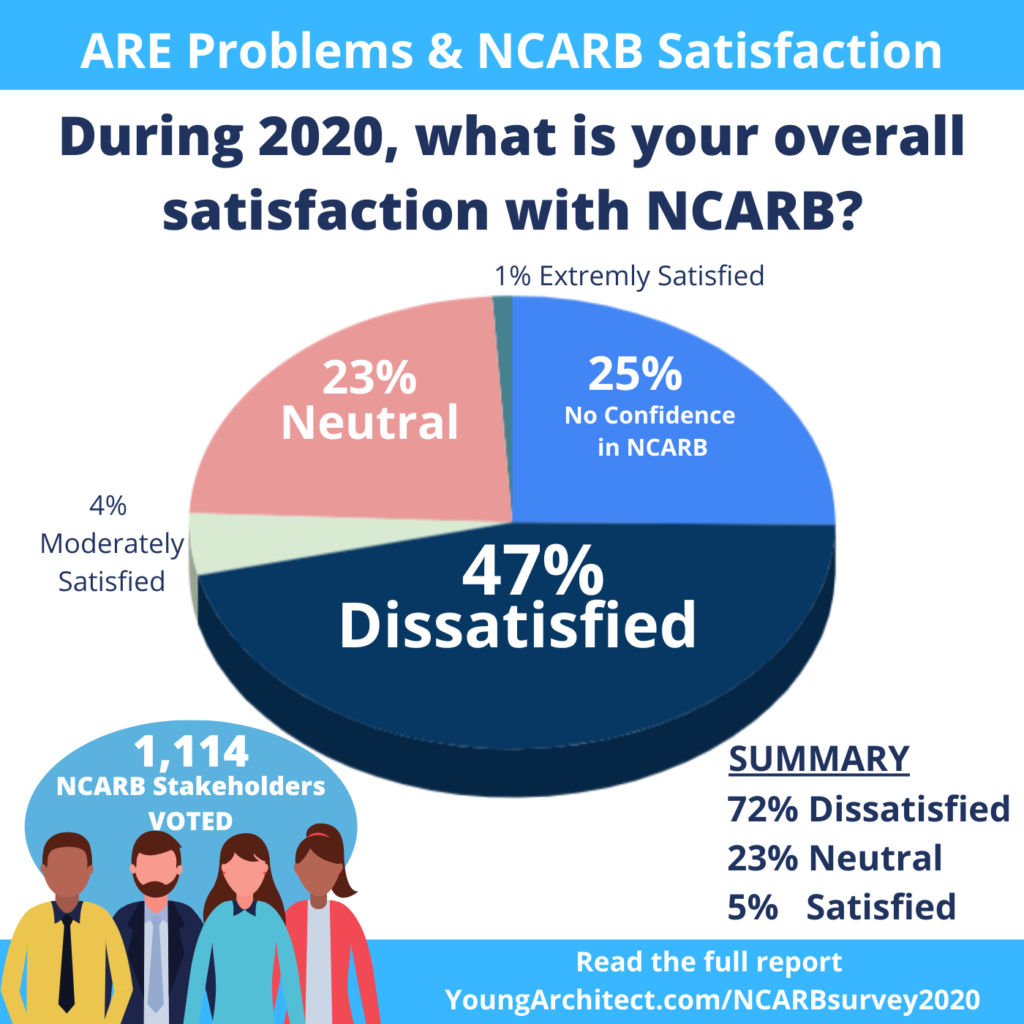 During 2020, what is your overall satisfaction with NCARB? 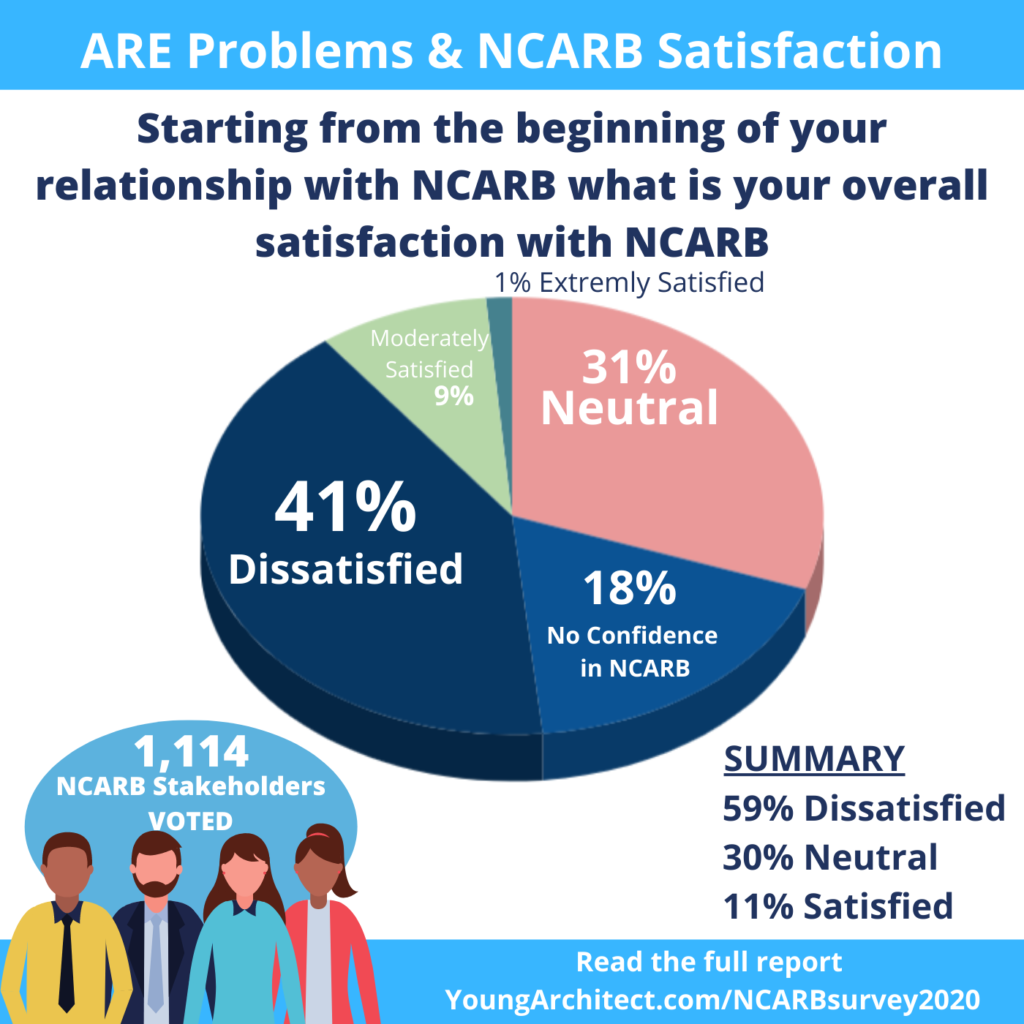 Starting from the beginning of your relationship with NCARB what is your overall satisfaction with NCARB?

We wanted to capture how 1,114 of NCARB’s Stakeholders really felt about NCARB and how their opinion has changed during 2020. 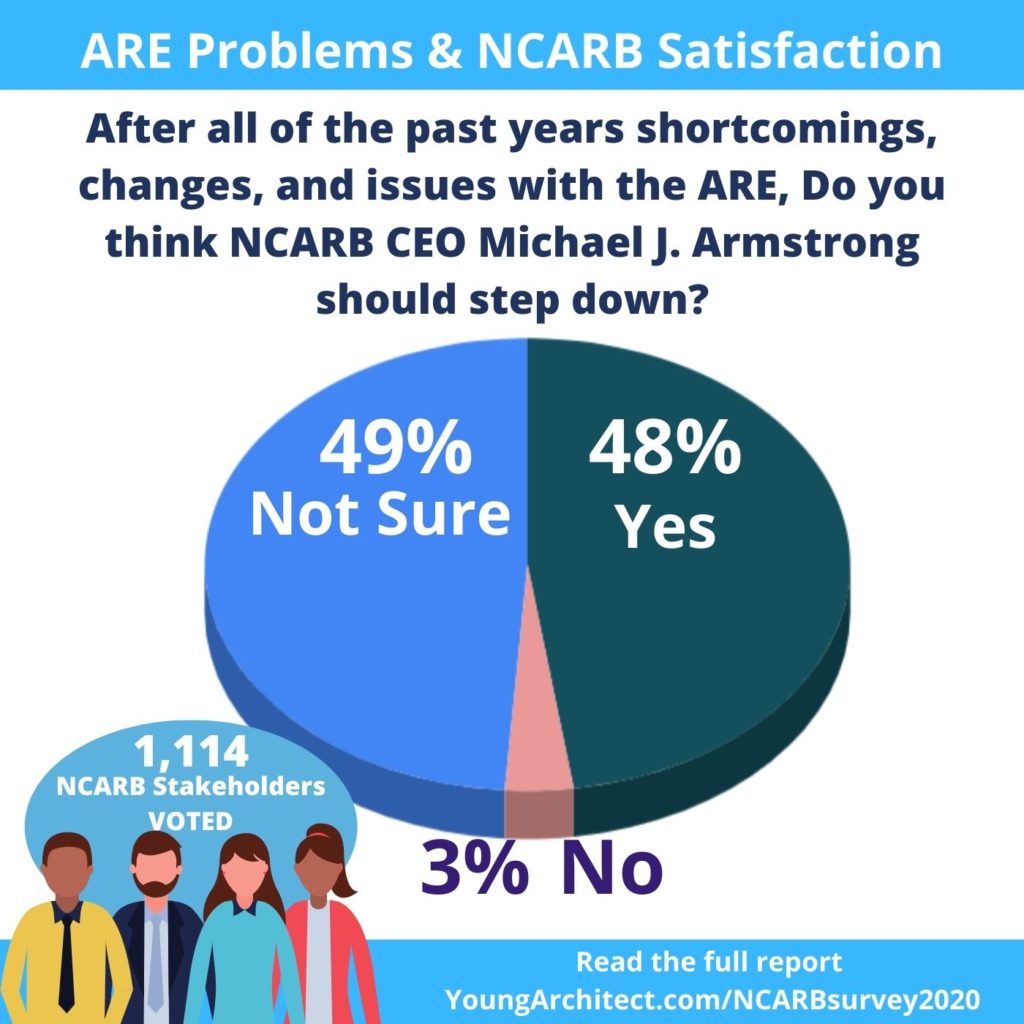 After all of the past years shortcomings, changes, and issues with the ARE, Do you think NCARB CEO Michael J. Armstrong should step down?

Many people have been calling for NCARB’s CEO Michael Armstrong to resign. He has recently been scrutinized for several different issues. There are always 2 sides to every story. We have not personally investigated all the issues, but we still felt this was in important question to ask. 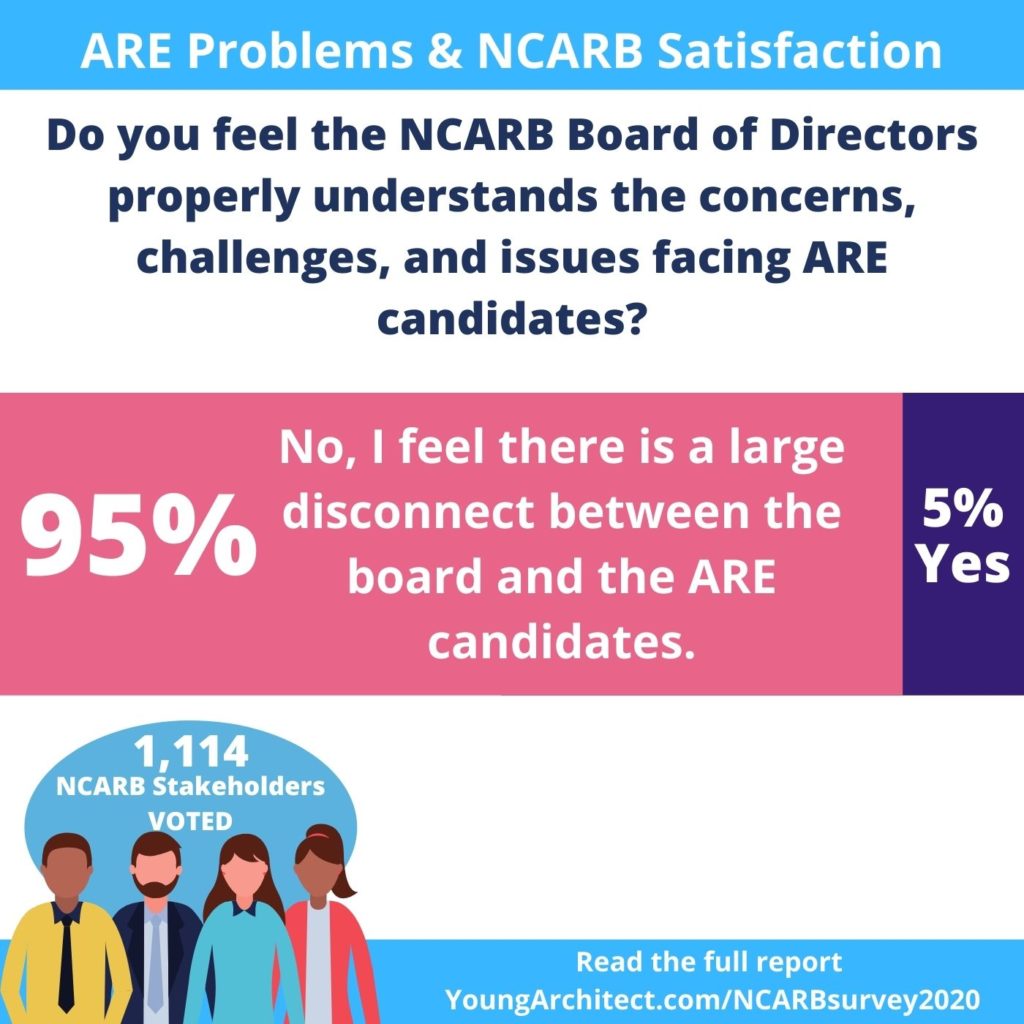 Do you feel the NCARB Board of Directors properly understands the concerns, challenges, and issues facing ARE candidates?

In the wake of a larger conversation about diversity, many people have questioned if NCARB’s Board of Directors accurately represents and understands the diverse and changing needs of their Stakeholders.

Do you feel that ARE Candidates are being properly represented when decisions around testing are being made by NCARB?

When ARE 5.1 started rolling out on an accelerated schedule many people started questioning who is advocating on behalf of NCARB’s Stakeholders with any of these decisions.

In the past year, do you feel that NCARB has appropriately communicated with you in regards to changes in the ARE exams?

Many people have repeatedly stated they are frustrated with what they believe is poor and careless communication.

The purpose of this survey was to capture an unfiltered snapshot in time of how the NCARB Stakeholders are feeling before the rollout of ARE 5.1.

I personally hear from many frustrated ARE Candidates every single day. ITS EXHAUSTING! I will continue to encourage these people to redirect their NCARB frustrations into outreach for positive change with their AIA Leaders and State Boards.

The mission of Young Architect is helping the NEXT generation of Architects succeed. As saddened as I am by this survey's results, I’m grateful to have the opportunity to have this platform to elevate the voices of the NCARB Stakeholders with a shared goal of positive change. 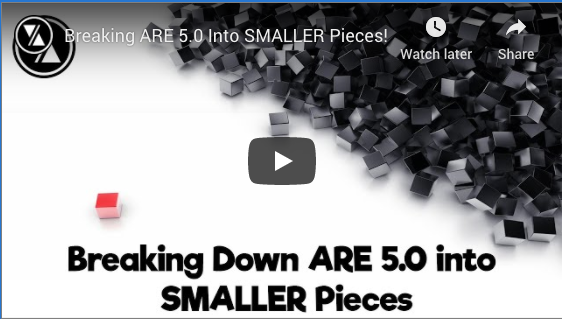 Breaking ARE 5.0 Into SMALLER Pieces! 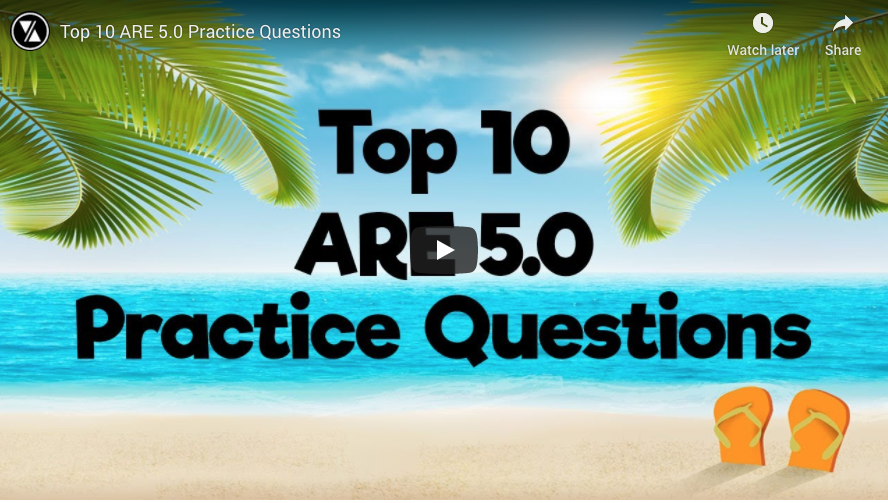 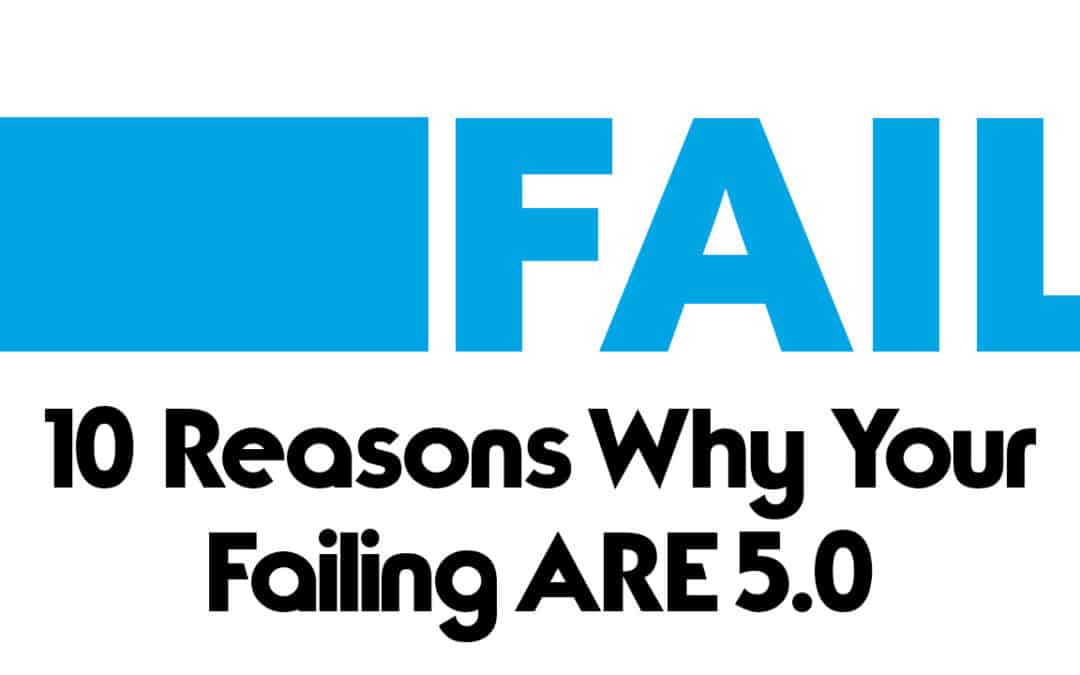 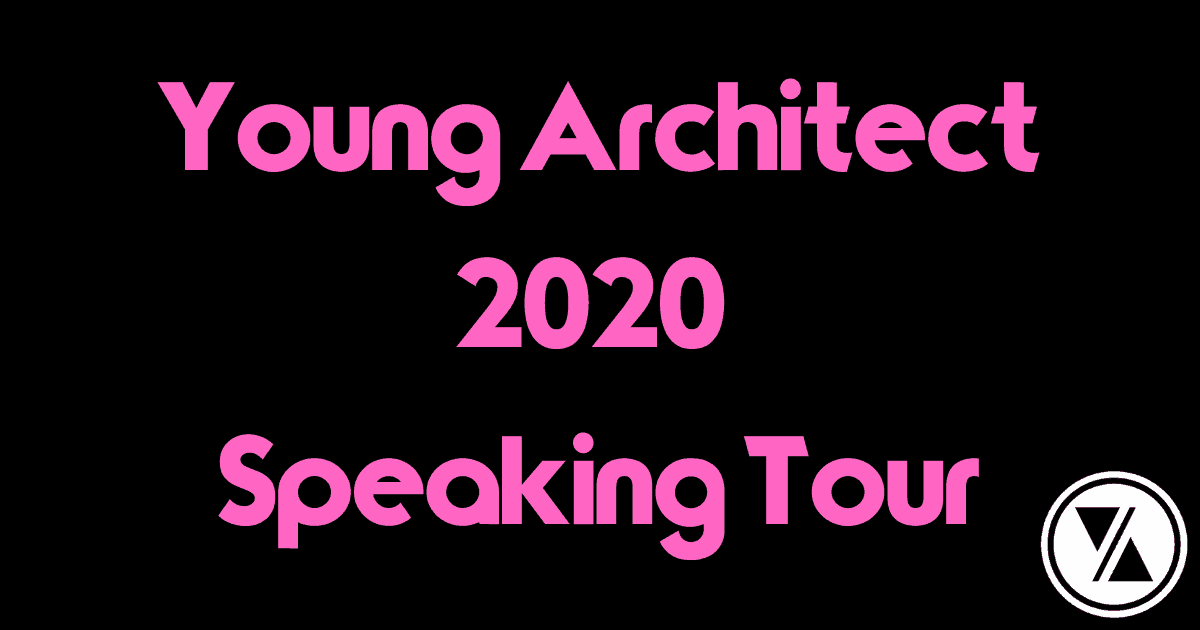