The Benefits of Working in the Construction Industry with Ali LaManna 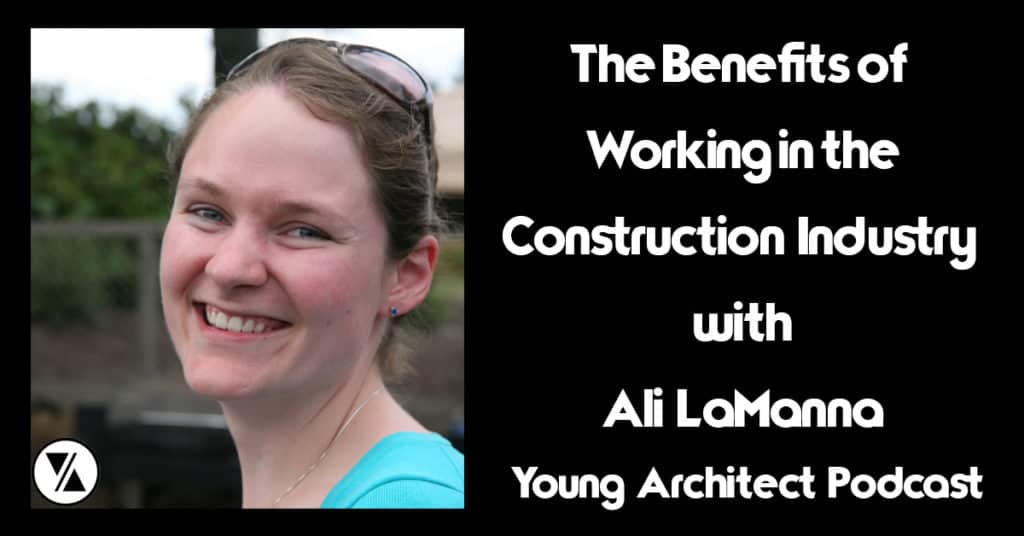 On today’s episode of the Young Architect Podcast, Ali (Alicia) LaManna, joined Michael to discuss her career in construction including: 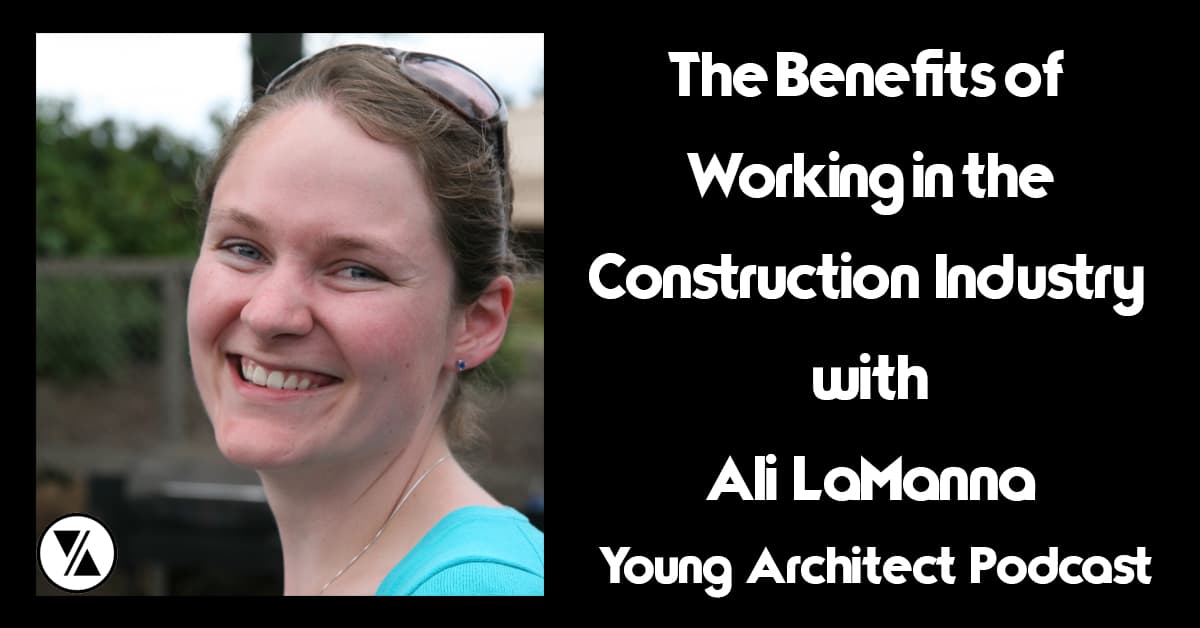 When she was in the 6th grade, Ali loved math, but she believed that the only career that she could pursue in math was teaching. Knowing that she didn’t want to become a teacher, she thought math would never be part of her future. Then, one day, she noticed a poster in her classroom that listed all of the careers that involve math and architecture was one of them.

In that moment, she realized that maybe she could pursue architecture. In addition, because both of her parents were connected to the world of architecture and construction in one way or another, she already knew a fair amount about the industry. However, architecture wasn’t Ali’s only consideration for a career.

She was also interested in engineering, but in the end decided to study architecture at the University of Oregon. What was her ultimate decision breaker? She decided that she wanted to be the lead of a project team and create the designs herself rather than follow directions as an engineer.

However, in part to the recession, once she graduated in 2011, there weren’t many openings in architecture. So, Ali’s first work experience was not with architecture, but with construction. Fortunately, she was offered an internship at the Emerick Construction Company for the summer. Once her internship was over, she was then presented a job offer to work full time as a project manager and has been at Emerick ever since.

When she’s not working, Ali is heavily involved in the local architecture and construction scene. She has been selected as the 2018 President Elect of CSI Portland and also works closely with other organizations including the National Association of Women in Construction (NAWIC). Ali is super excited for the future and what’s in store for the CSI, female professionals, and the construction industry.

1. Not only do we need architects, but we need more professionals working in the construction industry as well. Though it tends to be a male dominated field, it is a great career path for women as well.

2. Don’t be afraid to get involved and try out something new. You never know what awesome path it might lead you on and what it can do for your career.

3. Good teamwork is vital for success. To get a project done, everyone has to be on board, treat each other fairly, and work together to accomplish each and every task as well as solve any problems along the way.

“Pick a good school to go to that has a very collaborative atmosphere. I know there are some schools out there that can be very competitive. I think that one of the best things I ever did was choosing a school which was very collaborative in its nature where you weren’t trying to compete with the people around you. Instead, you were trying to learn from them and they were trying to learn from you. At the University of Oregon, everyone was going through the same process of learning about design and working as a team.

I think that attending a school with a collaborative focus is really beneficial for when you start working because there’s something in the industry that wants to try and separate people from each other. You can’t let your competitive edge get in the way because you really have to work together to be able to get these really complex buildings done.

Also, don’t be afraid to take advantage of an unknown opportunity and say ‘yes’ when something comes up. Even if it’s scary or uncomfortable. Just go for it and see what happens.”

“My favorite part of the project is the collaboration and problem solving that you have to do at the meetings. I really like the process of just discussing a new issue and coming up with a solution to solve it. It’s great to work with all members of a project team to get a job finished.” – Ali LaManna on her favorite part of working as a project manager in construction.

“I decided to stay with construction rather than go back to architecture because I really like being on the front lines of the projects and being one of the first people on the team opposed to kind of getting stuck behind a computer all day and working on details. I also felt that I had more opportunities to work more collaboratively and be part of the building process.” – Ali LaManna on how she chose to pursue a career in construction over architecture.

“You don’t necessarily have to follow the path that you think you’re supposed to be following. You can open yourself up to any opportunity that comes up because you never know where it will lead. I never thought I’d go into construction, but when the opportunity to work with Emerick Construction Company came up, I decided to give it a try and I couldn’t be happier with that decision.” – Ali LaManna’s advice to women thinking about going into construction or how to make a career choice.

“CSI is more than just specifiers and specifications. It’s more than just an old man’s club and we want to break down that idea. It’s all about the entire project team and how we come together to create these buildings.” – Ali LaManna on bringing people together at CSI meetings